Our hormones play a major role in our body functions and metabolism. They regulate multiple chemical reactions and help us to maintain homeostasis and internal balance.

A Unique Way of Communicating

Our hormones have a unique way of communicating with each other. The Eastern medicine paradigm sees the body as a balance between forces of Yin and Yang. Western medicine holds that the body functions as a result of compensatory mechanisms and biofeedback. 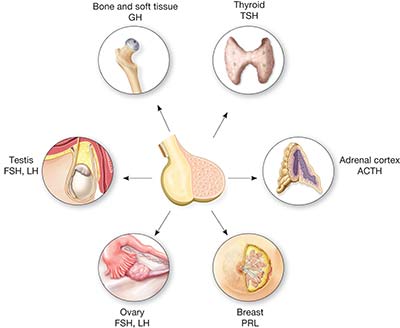 The endocrine system is a very complex-the body is regulated by multiple biofeedback mechanisms that send messengers such as hormones through a network of internal pathways. The hormones travel throughout the body in order to treat and regulate its functions and help the body adjust to change. The body produces approximately 100 different hormones that communicate with and depend on each other.

If one hormone becomes imbalanced, very often, the impact is felt by other hormones in the communication network, resulting in a compensatory mechanism that either over- or under-produces related hormones. As in a domino effect, many hormones eventually react, causing a hormonal cascade of connected symptoms and problems.

Where Do Hormones Come From?

The hypothalamus is the body’s master gland. It is responsible for coordinating all the hormones, including:

These are among the many hormones that serve as messengers, and they are all constantly interacting. The hypothalamus gives direct orders to its sister gland—the pituitary gland, which in turn regulates other glands in the body such as:

The pituitary gland is a small pea-sized organ located at the base of the brain behind the bridge of the nose/center of the forehead. It is responsible for sensing changes in the body and sending signals to other glands, telling them to regulate their function in order to reestablish or maintain a balanced environment.

There is a very close and sometimes opposing relationship between these glands and the hormones they secrete. This relationship is called an Ovarian Adrenal Thyroid (OAT) axis. When one group of hormones—let’s say the stress hormones—is out of balance, it causes imbalances with sex hormones and thyroid hormones.

Hormonal imbalance in women: If a woman has her ovaries removed, both the adrenal and thyroid gland functions are affected. Your body needs all three glands to be balanced and functioning properly in order to be in optimal health and to feel great.

Throughout our life hormone imbalance or fluctuation might occur naturally for instance during puberty, pregnancy, perimenopause, and menopause, and by:

Our Endocrine system is very complex and it produces over a hundred hormones on a daily basis.

Unfortunately, our hectic modern life presents us with a series of small, constantly stressful situations. Our adrenals are constantly working. If they don’t get a chance to rest, they eventually become imbalanced.

Adrenal fatigue may also result from physiological conditions such as:

The thyroid gland is a butterfly-shaped organ that is a powerful energy and metabolism machine in our body.

If the thyroid gland is malfunctioning and not producing enough hormones, our whole body slows down causing symptoms such as lethargy, fatigue, constipation, and intolerance to cold. An overactive thyroid, on the other hand, can cause symptoms of increased metabolism such as anxiety, agitation, heart palpitations, and intolerance to heat.

Insulin is a hormone synthesized by the pancreas that helps to transport glucose into the cells and converts it to energy. Excess insulin might also be the cause of high androgen levels in the body.

Symptoms of PCOS range from mild to severe and vary from person to person. Most women develop these symptoms with the onset of menstruation.

Premenstrual Syndrome (PMS) is a condition involving a variety of symptoms (emotional, physical, and behavioral) that are directly related to a woman’s menstrual cycle and develop 7–10 days prior to her period. It is considered the luteal or progesterone phase of the menstrual cycle during which time there is a shift of hormones from estrogen to progesterone and might be linked to insufficient production of progesterone.

Some of the PMS symptoms might result from an interaction between progesterone and brain neurotransmitters called serotonin (which is responsible for our mood stability).

Research shows that serotonin levels are much lower during the luteal phase in women with PMS.

Impact of progesterone and estrogen on kidney function

Other symptoms of PMS, such as:

According to Dr. Fazylova, it may be caused by the impact of progesterone and estrogen on kidney function, affecting the balance of salt and fluid retention in the body.

Another common hormonal disorder seen today is estrogen dominance, which is caused by estrogen and progesterone; specifically, a relatively low or deficient amount of progesterone in relationship to estrogen.

Due to this fact, estrogen becomes a predominant hormone in the body, and without proper counterbalancing of progesterone may cause abnormal hormone levels.

Call today for a consultation! 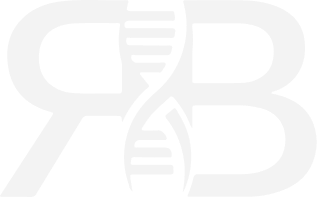