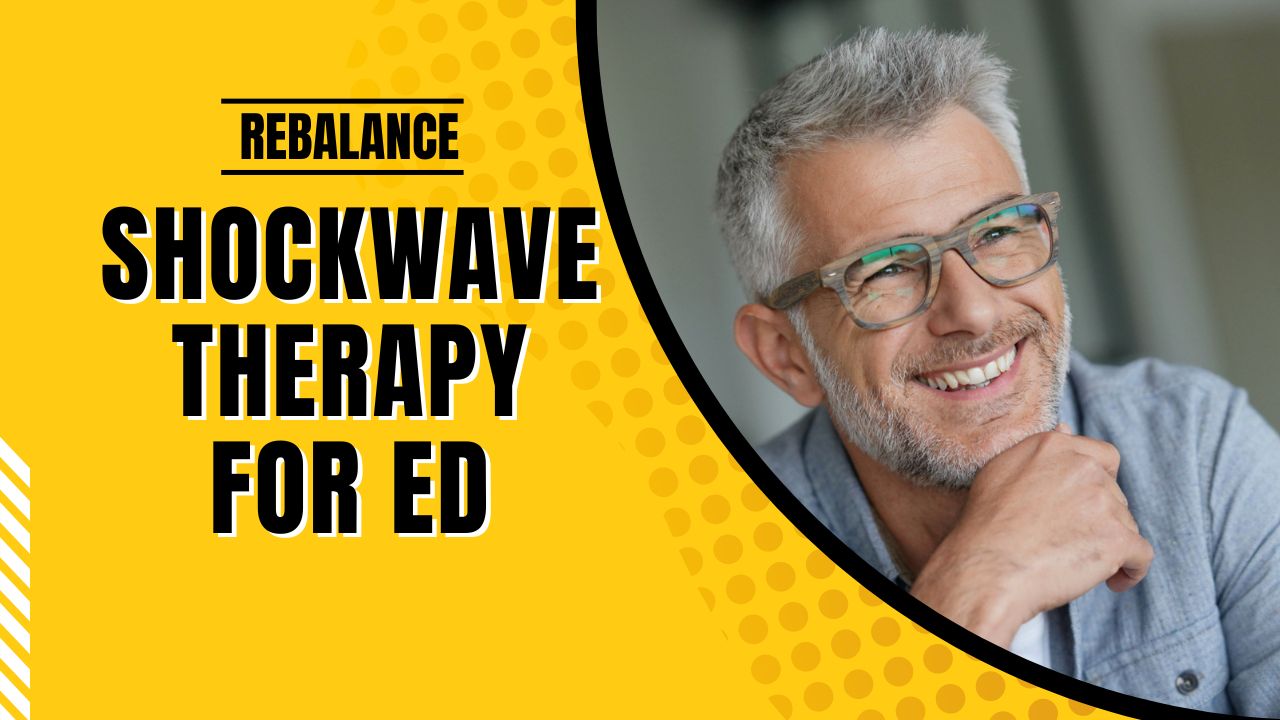 What is Shockwave Therapy?

Despite the intimidating and somewhat scary name, Shockwave Therapy is actually a well known form of therapy  that’s been used in orthopedics for years to help with injured tendons, and broken bones. It is more commonly referred to as low intensity shockwave therapy (LISWT). It is a form of a noninvasive therapy that uses high energy sound waves to promote faster tissue healing and growth.

This form of therapy has since been adapted to be used in sexual wellness procedures like erectile dysfunction. As erection

s rely on healthy blood flow to the penile tissue,  Shockwave Therapy is used as a way of repairing and strengthening the blood vessels in the penis and improving blood flow.

Erectile Dysfunction and Its Forms

Erection dysfunction (ED) is one of the most common male sexual health conditions. In many cases, however, this condition is temporary. There are a few different kinds of ED that have been observed:

This subtype occurs only in certain specific situations. It can be caused by psychological symptoms like stress or performance anxiety. This subtype is the most common, and is typically not long lasting.

This subtype of ED is more difficult to reverse, especially if caused by physical injury. Conditions like diabetes, spinal cord injuries etc. may affect the penis and its ability to maintain blood flow. Fortunately, ED caused by these conditions is still treatable with medications, injections, and other therapies along with Shockwave Therapy

Shockwave Therapy is administered through a wand-like device placed near different areas of the penis. The device is then moved along parts of the penis for about 15 minutes while it emits gentle pulses. The pulses trigger improved blood flow and tissue remodeling in the organ. There’s currently no industry established recommendation for treatment period or frequency for Shockwave Therapy. However, a study from 2019 found that the most common treatment plan was twice weekly for 3 weeks, a 2 week break, and then another period of treatment for 3 weeks. It was demonstrated that the shockwave therapy effect lasted about a year.

Is Shockwave Therapy right for me?

Generally, it can be interpreted that anyone with ED would be a candidate for Shockwave Therapy. But like with all medical decisions, It is recommended to consult with a healthcare professional when using this therapy, to better monitor the risks and ensure best results. However, a review from the National Library of Medicine found that Shockwave Therapy is most effective in cases of low to mild ED when administered in tandem with other treatments.

What are the advantages of Shockwave Therapy?

The desire for a form of ED treatment that works consistently and over a consistent period is at the heart of several research studies around the scientific world. Shockwave therapy has proven to be effective in treating some medical conditions and  certain practitioners use it as a treatment for ED. If you’re interested in getting shockwave therapy, consult with a doctor first. Your doctor would be the right profession to direct you to a reputable provider.